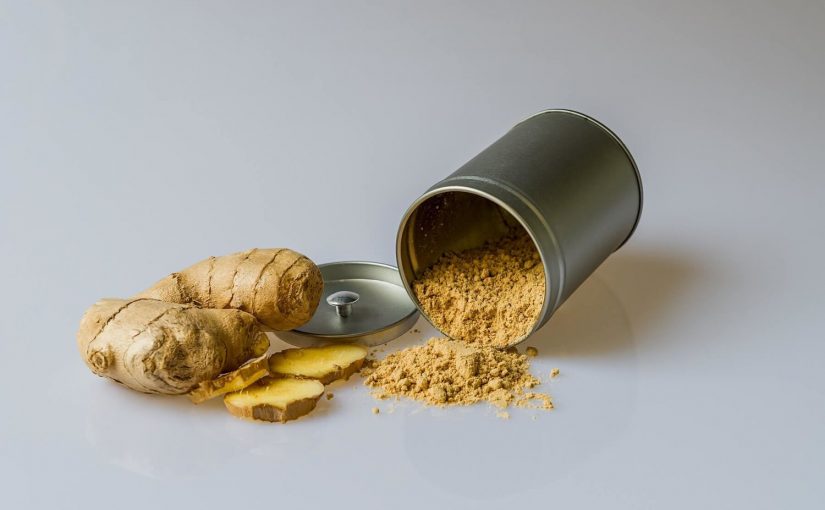 Ginger is a tropical plant that originated from Southeast Asia. Belonging to the family, Zingiberaceae, the root of this plant is the edible part.

It is usually propagated with the ginger seed, called a rhizome and it takes about 8 – 10 months to fully mature. Ginger packs a lot of heat due to the high amount of gingerols and shogaol present in it.

These give it its unique spiciness and distinct aroma which is one of the many reasons people love to cook with ginger. In addition to its use as a spice, ginger is used for the health benefits it delivers. Ginger oil is also used as a potent essential oil in aromatherapy and wellness.

India is the largest producer of ginger in the world. The warm climate in the southwestern and northeastern parts of the country are the most suitable for the growth of the plant. China is, however, the highest exporter of ginger churning out an average of 390 thousand tonnes annually. Other countries that export ginger include India, Nigeria, and Indonesia.

These countries export majorly to the United States of America, which is the world’s largest importer of ginger and countries in Europe. Ginger is exported as either fresh ginger, ground or dry ginger. The ground or dry ginger is less perishable so it is often the most preferred import form.

Over the past couple of years, ginger consumption all over the world has risen exponentially. This has reflected as an increase in the market price of ginger as well as a rise the amount exported.

In 2018 alone, approximately 3.3M tonnes of ginger were produced worldwide with about 564 thousand tonnes exported to other countries. As consumption of ginger has only been forecasted to grow within the coming years, ginger import stands as a highly lucrative business for so many reasons.

The first is the fact that ginger is considered a healthy food ingredient. There is a new craze for healthy foods in the market right now as so many people are being conscious about what they eat. Sugar, salt and other toxic food additives are being cancelled by consumers due to the havoc they wreak on the body. Instead of consuming these, consumers are increasingly substituting them with healthy replacements like ginger.

Ginger is heavily marketed as a food that is beneficial to health. Research has shown it to relieve symptoms of cold and flu which is the reason for increased consumption in colder seasons.

Ginger also helps with stomach problems, combats the effects of stress in the body and improves heart health. Pharmaceutical companies, as well as beverage companies, have hopped on the ginger trend. Ginger is now being used in the production of other consumables in the form of supplements, teas and snacks.

Increase in the popularity of ethnic foods especially Asian cuisines

Another trend causing this market boom is the increase in the popularity of ethnic foods, especially Asian cuisines. Ginger originated from Asia and has been a staple in their kitchen for ages. Most of their foods have ginger incorporated in it one way or the other.

As consumers are becoming more adventurous in the types of food they eat, Americans and Europeans especially have embraced Asian foods. This has been attributed to the growing popularity of Asian cooking shows and an increase in tourism to Asian countries.

There has also been a steady rise in the number of Asian restaurants in these countries. And as expected, this rise has made the people more exposed to these meals. What these trends translate to in market terms is an ever-growing demand for ginger. The restaurants, pharmaceutical and beverage companies, and consumers that decide to experiment with ginger all constitute a large market for the product. A savvy importer can take this opportunity and make a lot of money from this business.

Price of Ginger continues to gain on international markets

A ton of ginger was sold for a price between 6,000 and 7,000 US Dollars. In the local market in Nigeria, the price stands at US$3,500. The profit margin per ton after such deductions is still large enough for ginger import to be considered highly lucrative.