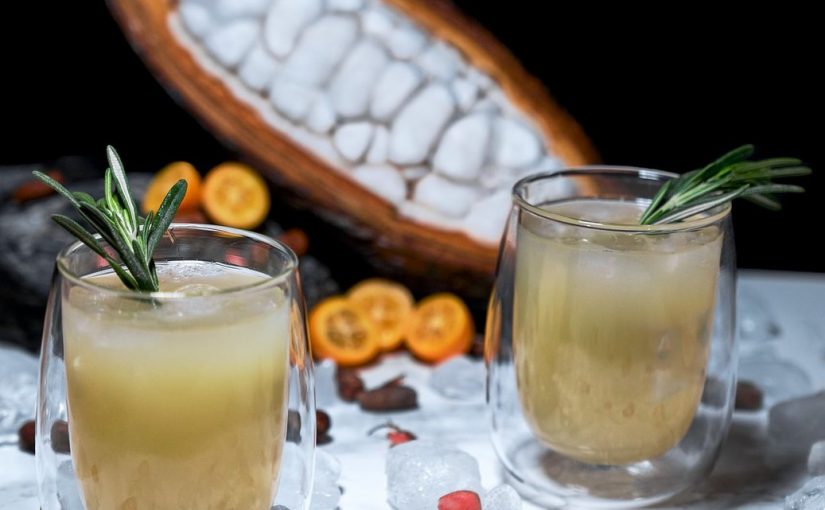 Nigerian cocoa is gotten from the Cacao tree (Theobroma cacao). These trees are short and evergreen, shedding their leaves all year round. Although they are native to the Amazon basin, Cacoa trees are now commercially grown in parts of Asia and Africa including Nigeria.

Nigeria is the fourth-largest producer of cocoa in the world, churning out over 389,272 tonnes of the product per year. It is majorly grown in Ondo, Ogun, Cross River, Akwa Ibom, Delta, Osun, Ekiti, and Oyo states.

Nigerian cocoa is highly versatile. There are a lot of products that can be derived from it. These include:

Chocolate is the most popular product derived from cocoa. Its sweet taste, delightful flavour and the smooth mouthfeel has made it a favourite delicacy for many. It is eaten on its own as a snack or prepared into foods like cakes, pastries, sauces and so on.

Chocolate is made from cocoa beans which are seeds of the Cacao tree. The seeds undergo a fermentation process to get rid of its naturally bitter taste and build the desired flavour. They are kept in a warm and moist environment which promotes the growth of natural yeast and bacteria that causes fermentation.

After this is done, the beans are dried to prevent fungal contamination. They are then cleaned and allowed to roast evenly in a dry roast machine. After roasting, the shells (hulls) of the cocoa beans are removed to produce the nibs. These nibs are then ground to form a fine powder called cocoa mass. This is the purest form of chocolate.

The cocoa mass is liquefied by heating into cocoa liquor which has cocoa solids and cocoa butter in almost equal proportions. Cocoa liquor has a deep brown colour with a rich, bitter taste. The unique flavour, aroma and the addictive characteristic of chocolate are attributed to the cocoa liquor.

To make the various forms of chocolate eaten today, cocoa liquor is blended with varying amounts of cocoa butter, sugar added vegetable oils and milk. Chocolate, especially the dark variety is high in antioxidants such as polyphenols and flavenols. These antioxidants reverse the damage done by free radicals in the body. It may also reduce the risk of heart disease if consumed in moderation.

Cocoa butter is one of the components of cocoa liquor. It is a pale-yellow solid with a melting point that is just below the temperature of the human body. Cocoa butter is extracted from cocoa liquor by cold pressing the liquor to separate its fatty content from the non-fatty cocoa solids.

This butter is edible and is used in the manufacture of chocolate. It can also be used in the preparation of dishes that call for any type of oil as it lends that distinctive cocoa flavour and aroma to foods.

Besides its culinary uses, cocoa butter is heavily used in cosmetic products. Its high-fat content makes it a good choice of moisturizer as it seals moisture into the skin It is also said to have healing and anti-ageing benefits on the skin.

After cocoa butter has been extracted from cocoa liquor, the remnant is defatted cocoa called cocoa cake. A cocoa cake can be ground to form cocoa powder. This powder is used in making cocoa/chocolate-based products such as chocolate drinks and chocolate desserts like cakes and ice cream. It is also used in making brownies, chocolate sauces and smoothies. Cocoa powder has numerous health benefits. It has been shown to help reduce high blood sugar and cholesterol levels. Consumption of cocoa powder has been linked with improved functionality of the brain. It does this by stimulating an increase in blood flow to the organ.

Pectin is a naturally occurring polysaccharide found in apples, berries and other fruits. It can also be derived from the sweatings of cocoa (cocoa pulp juice). The sweatings are precipitated with alcohol, then distilled to extract the pectin.

It is widely used as an emulsifier, thickener, and setting agent in pharmaceutical industries. A popular use of pectin is in the preparation of jam and marmalade. When heated with sugar and fruit such as strawberry, pectin causes the mixture to gel or set forming what we call Jam. Thus jam can be used as a spread for bread or eaten in its own.

The pod of the cocoa husk can be used to make both potash and feed for animals. To make potash, the husks are spread to dry in an open place for about a week or two.

The dried husks are then burnt into ashes in an ashing kiln to form the potash. This potash is used in making cosmetic soap bars. Cocoa pod husks are also used in making animal feed. In this case, the husks are sliced into small flakes, then minced and rolled into pellets. The pellets are allowed to dry before they are fed to animals. 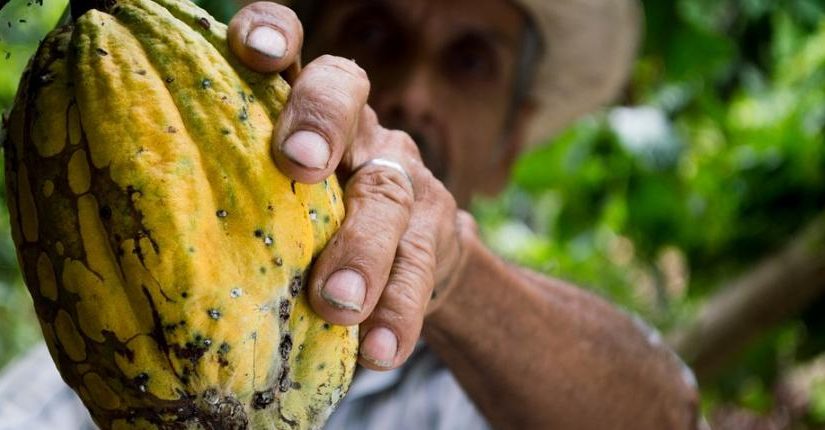 Cocoa beans are seeds of the Cacao tree. A member of the family Malvaceae, Cacao (Theobroma cacao) is a small tree that grows majorly in tropical regions. It is native to the Amazon basin although its cultivation has now spread to different parts of the world.

The beans serve as a major contributor to the acquisition of foreign exchange for countries that export it. Cocoa beans are enclosed in cocoa pods that grow directly from the trunk of the trees. The pods are cut open to reveal the fresh beans that usually have a purplish hue. This hue disappears and the seeds turn brown during the fermentation process. Fermentation is necessary as cocoa beans naturally have a very bitter taste. The process reduces the bitterness and builds up the desired cocoa flavour in the beans.

Due to its high versatility, cocoa beans are used in the preparation of many delicacies. Asides chocolate, which is its most popular derivative, several other products can be gotten from them. They are used in the manufacture of cocoa butter, cocoa powder, and other cocoa-based products such as chocolate cakes, icecream and so on. In addition to its versatility, cocoa beans carry numerous health benefits.

They are rich in antioxidants such as polyphenols and flavenols which help in reversing damage caused by free radicals in the body. Research has also proven them to be effective in fighting against heart disease as well as lowering high blood pressure.

To reap the full benefits of cocoa beans, it is very important to make use of high-quality ones. High-quality cocoa beans yield the best tasting cocoa-based goods while also preventing the health hazards that come with bad beans.

So, if you’re looking to purchase these beans, following the tips listed below will help you identify the high-quality ones.

Properly fermented and dried cocoa beans are brown with no trace of purple in sight. This is achieved by allowing the beans to ferment completely for about 7 days.

If the fermentation process does not last for long enough, the beans will still retain its purple colour and bitter taste. This will have a nasty effect on the product the beans are eventually used to prepare.

Mouldy and slaty cocoa beans should be avoided

Mouldy beans have not been allowed to ferment nor dry properly. Hence, they look mouldy due to fungal growth and have a rough texture. The slaty ones have a colour combination of purple and grey and are results of incomplete fermentation.

Under-fermentation and over-fermentation can cause flavour defects in cocoa beans leading to excessive bitterness and astringency. Cocoa beans also tend to absorb the flavour of anything they come in contact with such as smoke, chemicals and so on.

This adds some off-flavour to the beans that are usually impossible to remove even after further processing. To ensure the beans only have desirable flavours, you should ask that a sample of the cocoa beans be made into cocoa liquor or dark chocolate. Then, they are tasted to check the strength of the flavour, presence of any residual acidity as well as extra positive flavours the beans may possess.

Check the physical characteristics of the beans

They should be fairly uniform in size with unbroken shells. They should also be reasonably free from debris, sticks, broken shells of the beans, living or dead insects, and pesticide residues. The beans should not be clumped together or flat as this could mean serious losses for whoever purchases them.

An average bean should weigh at least 1g. A smaller bean translates to a higher percentage of shell which means the fat percentage in it will be low. Smaller beans also require certain adjustments in factory settings that increase the costs of processing.

The percentage of moisture falls between 7 and 8%. If the moisture content is more than 8%, edible material is lost and there is an increased risk of microbial infection. A moisture percentage of less than 6.5% translates to broken shells and a higher number of broken beans.

How cocoa beans are stored plays an important role in determining its quality. If they are stored shabbily, they become dirty and infested resulting in a decrease in quality. The beans should be stored in clean bags. These bags should then be kept in dry storage houses that are free from rodents to prevent infestation.