Nigeria has an arable land area of 34 million hectares: 6.5 million hectares for permanent crops, and 30.3 million hectares on meadows and pastures. Agriculture accounts for over 20 percent of Nigeria’s GDP. The country is a leader in various types of agricultural production, such as palm oil, cocoa beans, pineapple, and sorghum. It is the largest producer of sorghum in the world just after the United States, and ranks fifth in the production of palm oil and cocoa beans. Nigeria is also a large global nuts exporter. In terms of value, it is the second leading exporter of cashew nuts worldwide. Indeed, oil, fruits, nuts, seeds are among the ten best performing export categories.

THE AGRICULTURAL OPPORTUNITY IN NIGERIA

There is no other African country where Farming is as viable as it is in Nigeria in terms of productivity and profitability. There is no other country where farmers are more advantaged as they are in Nigeria as regards demands for agricultural produce. Nigeria has a huge population of over 200 million people, twice more than the populations of Zimbabwe and South Africa combined. The entire population of Nigeria depends on staple foods produced from farms and other farm produces for their daily meals and sustenance. More than 80 percent of Nigerians buy their farm produce from the market.

Nigerian Government is seriously turning its attention to promoting farming in Nigeria to help boost food productions in the country and minimize food importation. The government is willing to assist any would be entrepreneur/investors with the necessary supports and logistics. Nigerians boasts the highest purchasing power in Africa, far more than any other indigenous Africans. The following includes staple foods with huge potential for investments in Nigeria according to agrobusinessngr. Rice Farming, Cassava Farming, Plantain Plantation, Poultry Farming, Pineapple Farming, Beans Farming, Catfish Farming, Goat Rearing, Snail Farming and Maize Farming.  The above listed areas of agriculture have the potential to generate over 1.7trillion naira annually.

Agriculture in Nigeria is booming in recent times due to the increased awareness of the need for food security and sustainable food production in the country. Some agricultural companies in Nigeria have risen to this and made tremendous strides in the Nigerian agricultural industry.

These companies have exploited technology and innovations, an understanding of the people and the drive to meet a need and impact lives to build a booming industry in the most populous African nation. They have not just thrived for solving problems, they have also impacted a great number of people to a better livelihood directly and indirectly, examples of such companies include; Flour Mills of Nigeria, OLAM Nigeria, Babban Gona, Stallion Group, SeedCo Nigeria Limited, Dangote Group, BUA Group, Indorama Fertilizers, FarmCrowdy, AgroMall, among others.

NIGERIA AGRICULTURAL SECTOR IS OPENING UP TO THE WORLD

This is according to data tracked by Nairametrics Research from the foreign trade quarterly reports, released by the National Bureau of Statistics (NBS).

In spite of crude oil, agriculture still remains the base of Nigeria’s economy, providing the main source of livelihood for most Nigerians. The sector remains the largest sector of the Nigerian economy and employs about two-thirds of the entire labour force in the country.

However, production hurdles have significantly impeded the expected growth. According to the Food and Agricultural Organisation of the United Nations, over the past 20 years, value-added per capita in agriculture has risen by less than 1% annually.

It is also estimated that Nigeria has lost about $10 billion in annual export opportunities from groundnut, palm oil, cocoa, and cotton alone as a result of the decline in the production of these commodities.

Agricultural products that fetched Nigeria significant cash in 2020 according to nairametric, include the following;

Sesame seed comes from a flowering plant mostly grown in Northern Nigeria due to the drought-resistant nature of the seed. It has many uses, but perhaps, its most important use is as a source of sesame oil which is the most demanded vegetable oil in the world because of its zero cholesterol content.

Nigeria has been one of the highest sesame seed-producing countries over the years, making the seed an important component of the country’s agricultural export.

Cocoa is a small perennial tree crop that primarily comes from the three tropical regions in the world; Southeast Asia, Latin America, and West Africa. Cote d’Ivoire is the single largest producer of cocoa beans, accounting for approximately 31% of the world’s supply.

The fruit is an egg-shaped red-to-brown pod that contains about 30 to 40 seeds, each of which is surrounded by a bitter-sweet white pulp. When the seeds are dried and fermented in the sun, they turn brownish red and are known as cocoa beans, which is the principal ingredient of chocolate.

In the year under review, Nigeria exported different variants of cocoa products to a sum of N87.44 billion. Good fermented Nigerian cocoa exported in 2020 was estimated at N45.36 billion, followed by superior quality raw cocoa beans at N36.53 billion, and natural cocoa butter at N3.52 billion.

Other variants of the cocoa product exported by Nigeria in 2020 include; other quality raw cocoa beans at N1.56 billion, other butter of cocoa and deodorized cocoa (N279 million) and roasted cocoa beans worth N190 million.

Cashew is a tree crop that has been cultivated for food and medicine for many years. The various parts of the cashew fruits are of economic value, which includes apple, nut, and kernel. The primary product of cashew nuts is the kernel, which is the edible portion of the nut.

In confectionery and bakery products, for example, kernels are used in the production of ice creams, chocolates, cakes, and sweets. Cashew nut shell liquid has also been used in making medicine used for treating various illnesses.

In 2020, Nigeria exported cashew nuts valued at N45.88 billion, with the highest quantity recorded in Q2 2020. The breakdown of cashew nut export shows that cashew nuts, in shell that was exported in the review year was N38.36 billion, while that which is shelled was valued at N7.52 billion.

Frozen rock lobster and other sea crawfish stood at N1.98 billion while Hake, and frozen meat exported was valued at N374 million.

Shea fruits and nuts are “non-timber forest products” that are gathered annually during the shea tree fruiting season that extends from May to September. Shea fruits have an encompassed kernel and nut.

Oil and associated by-products are obtained from crushing the nuts, and these oils are used in creating shea butter, which is further used in making cooking oil, skin and hair moisturizer, soap, waterproof sealant for home walls, lamp fuel, and many more.

It is worth noting that Nigeria exported Shea nuts valued at N6.14 billion in 2020, while shea cake export stood at N337 million in the year under review. Other agricultural produce that fetched Nigeria huge export income include; Ginger – N6.15 billion, Soya – N3.53 billion, Coconuts – N3.36 billion, and Flower – N1.58 billion.

BECOME PART OF THE AGRICULTURAL REVOLUTION

Nigeria is a country immensely blessed with rich soil texture idle for the practice of crop production; however, we are unable to produce as much for our domestic consumption not to mention receiving adequate export value for our agro products.

It is no news that there is an international demand for most of Nigeria’s agro products; however, Nigeria spends more importing agricultural products from other countries.

Some of the major bottlenecks impeding the expected growth in the agricultural sector, despite huge monetary interventions in the sector in recent years, include logistic problems, infrastructure, amongst others.

According to a PWC report on the current state of Nigeria’s agriculture and agribusiness sector, Nigeria has significantly poor transport infrastructure and services (road and rail), particularly in the rural areas.

It also identifies the lack of cold chain logistics as a factor contributing to the decrease in trade capacity through losses from spoilage and impinged time to market.

The limited capacity of Nigeria’s seaport has also affected the ease of cross-border trade.

Finally, there is a need for Nigeria to improve its agricultural production so as to tap into the large foreign exchange that could come into the country through the export of these items.

Cokodeal as a pan Africa Commodity Bank is aware of the need to proffer solution to these problems, and as well harness the potential of the country through the Agricultural sector. As Africa’s largest export platform with thousands of traders in Africa and international buyers across the global markets, we are mandated to help finance agricultural businesses in Africa to ensure expansion that would cater for the consumption of agricultural products globally. With the various investment opportunity in Agriculture in Nigeria, we observed that access to capital and loan facilities to grow, expand, export goods and improve business processes is a great challenge for farmers and traders alike. In achieving increased production of agricultural produce to meet the demand of both the local and the global market, solving the above mentioned challenge becomes a must. The prospect of agriculture in Nigeria is so high to ignore. By the time Nigeria attain its full capacity in agriculture, agriculture will become a great foreign currency earner than oil. The implication is that Nigerian farmers will be able to earn in Naira and in Dollars as well as other foreign currencies. With various opportunities available to invest in the agricultural sector, financing the production of this agricultural produce is a step better in getting tremendous return on investment. Any entrepreneur who goes into any of the various opportunities in agriculture and get it right, is destiny for huge financial success. Partner with us, invest in Cokodeal and watch us solve the problem of agriculture in Africa, thereby harnessing the potential its holds and giving you great return on your 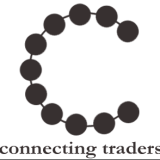